Back to all posts

With just over 3 weeks to go before the Light & Dark album releases on May 28, the singles "City Girl" and "I Won't Change" have been creating some buzz. While they're racking up streams on Spotify and the like, it's the lyric videos that are really attracting some attention.

COVID hit just as I was about to record bed tracks for the album, and as the pandemic worsened I knew this release would be a very different kettle of fish. Normally I'd have lots of tour dates scheduled, but this time I'd need to find new ways to reach and grow my audience. The idea for comic-style lyric videos came to me during lockdown as I was enjoying a beer in the front yard. I recalled the field house at Vancouver's Memorial Park that is HQ for a collective of comic and graphic novel creators and just a stone's throw from my house. Through this collective called Cloudscape Comics I discovered the work of Kelly Chen (aka scarlet wings kaili), and before long we were collaborating on the videos. 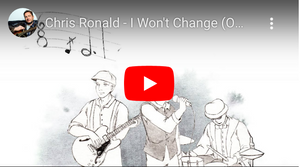 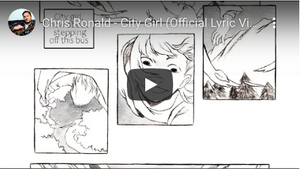